The functioning of the plasma focus device and the entire study of controlled fusion is based firmly on well-established physics theories that have been developed over the past two centuries.

Many of the basic phenomena in a plasma focus device can be understood with the help of Maxwell’s equations, the basic laws of electromagnetism: the formation of filaments of current, their travel down the electrodes, the formation of a tight pinch where all the currents fountain together, and the accelerations of electron and ion beams. Atomic theory lets us understand the basic properties of electrons and ions, which make up the plasma in all fusion devices. In LPPFusion’s research on Focus Fusion energy generator, an important effect is the Quantum Magnetic Field Effect, a consequence of quantum mechanics. This effect reduces cooling by X-rays and allows the plasma to heat to billions of degrees. Finally the fusion reactions that we are producing can be understood with the theories of nuclear physics. 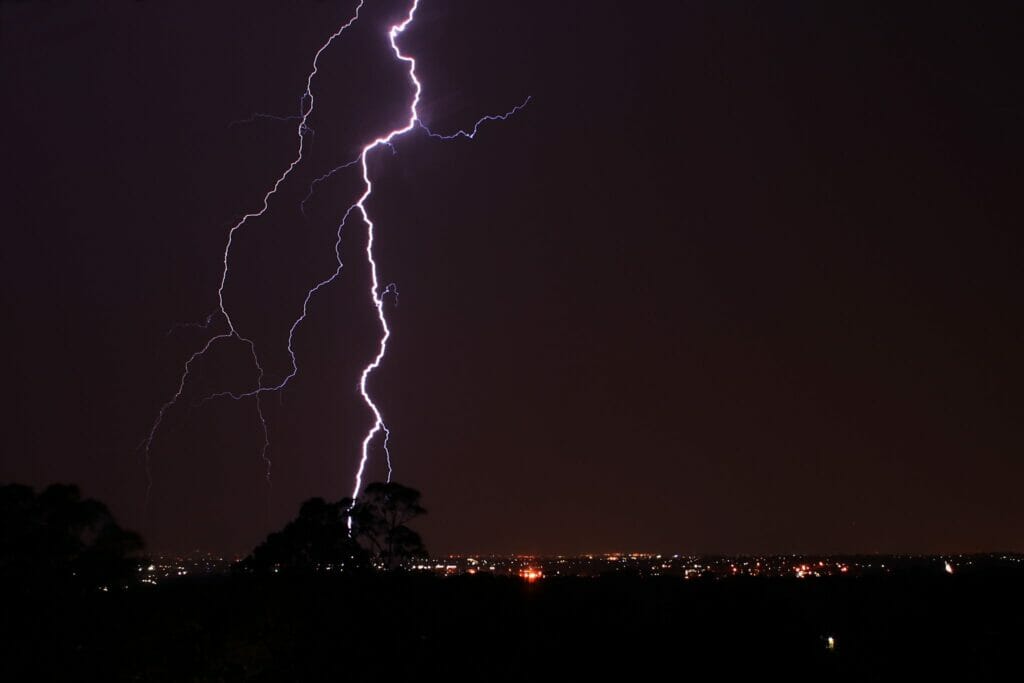 Plasma is the fourth state of matter—electrically conducting matter where electric current can flow freely. It is overwhelmingly the dominant component in the universe—stars and the matter between stars is made of plasma. Places like Earth and the other planets, where matter is mostly non-conducting, are the rare exceptions.

Fusion reaction take place in plasma, because any matter heated to high enough temperature becomes a plasma—most or all of the atoms have some of their electrons stripped off, so the electrons are free to move. Plasma physics is the study of matter in this state. While the phenomena of plasma physics can be understood in terms of the laws of electromagnetism, the  theories of atomic structure, quantum mechanics and nuclear physics, there are many collective phenomena that occur in  plasma that require intensive research on their own. This is especially of the main instabilities that plasma are prone to develop. An example is the filamentation instability that produces dense filaments of currents like those in the plasma focus device.

Plasma exists here on earth. Lightning bolts are plasma, as are flames. Many of us watch TV on plasma screens, where tiny pixels of plasma light up the screen. Neon and florescent lights are filled with plasma. The interaction between experiments with plasma in the lab and observations of much larger plasmas in space has been key to advancing this field.

The structure of atoms, the basic constituents of people, animals, air, water and most things on earth, was discovered in the late 19th and early 20th century, as described in the websites below. (Atoms do not make up everything, contrary to the joke—“Why can’t you trust an atom?” In a plasma, the electrons and nuclei can be separated, so that atoms—consisting of electrons and nuclei, no longer exist, but their constituent parts still do.)

The Discovery of Atomic Structure: Resources

Quantum Mechanics is the theory that describes the behavior of matter and energy at very small scales where the wave-like properties of matter and the particle-like properties of energy interact. Quantum theory is essential to understand the structure of matter. In Focus Fusion research, quantum theory is particularly important as it underlies the Quantum Magnetic Field Effect. This effect will reduce the amount of energy emitted as x-rays and make possible the rapid heating up of a hydrogen-boron fuel to the temperature needed for fusion.

Prior to LPPF’s application to the plasma focus of this effect, discovered years earlier in research in other fields, many scientists thought that the x-ray emission in hydrogen-boron fuel would prevent the ignition of the fuel. That is, they thought the fuel would never reach the point where the heating due to fusion reactions would exceed the cooling due to x-ray emission. But this quantum effect, in the presence of very powerful magnetic fields, reduces the temperature of the electrons, and thus the amount of x-rays that the electrons emit. 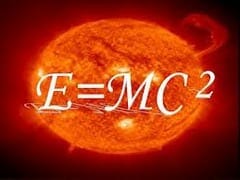 The theory of special relativity, which describes how bodies behave at high velocities, was an outgrowth of Maxwell’s electrodynamics. The basic equations of special relativity were derived by Lorentz, but reinterpreted by Einstein on the basis of his hypothesis that the speed of light, which is basic to Maxwell’s equations, must be the same for any observer.

In our research on Focus Fusion, the theory of relativity is important in two ways. Directly it comes in as a “correction factor” which alters our calculations about the emission of x-rays by electrons, which are moving at a substantial fraction of the speed of light. Second, Einstein’s famous equation, E = Mc2, reading energy to mass, is basic to our understanding of nuclear physics and the release of energy in the fusion process. By simply measuring the masses of various nuclei of atoms, we can determine how much mass is lost in a given reaction and therefore how much energy is released.

Thus in the reaction we intend to use, H + B-11 -> 3 He, the mass of the hydrogen nucleus (a proton) and the boron nucleus together is just 0.009 atomic mass units larger than the mass of the three helium nuclei. (An atomic mass unit is almost exactly the mass of a proton). Thus we know that this mass must be converted to energy. By the E = Mc2 formula, we can calculate that 1 kg of hydrogen-boron fuel will release enough energy to keep a 5 MW generator going for a full year, producing enough power for 5,000 homes.

Fusion energy research rests directly on our scientific knowledge of nuclear reactions—nuclear physics. Unlike electromagnetism, special relativity and quantum mechanism—theories that are fairly complete and describe phenomena in terms of a few basic equations—nuclear physics is still developing. Scientists do not have anywhere near the level of understanding of nuclear forces—the forces that hold the nucleus together, as they do of electromagnetic forces. Instead, nuclear physics is what is called a “phenomenological” field. It rests on many thousands of experiments that determine important quantities observationally, rather than deriving them from a simple theory. For example, we know how fast deuterium, the fuel we use for test, or hydrogen-boron, our ultimate fuel, will react or burn at a given temperature because experiments in accelerators have measured how fast these reactions take place. This is still very firm science, since we know that all protons—hydrogen nuclei—are exactly the same, as all are boron-11 nuclei. So we can still be confident of our predictions.

Since 1930, when the neutron was discovered, scientists have known that all nuclei consist of neutrons—electrically neutral particles—and protons—positively charged particles. The nuclei make up 99.9% of the mass of all atoms—the rest being in the electrons that orbit around the nucleus, attracted to it by its electric charge. Even though the protons in the nucleus repel each other with the electric forces, they are bound to each other and to the neutrons by the much stronger nuclear force. But the nuclear force only operates at very short ranges—of the order of the diameter of nuclei—around 10-12 cm. That is only one ten-thousandth the diameter of an atom, which is defined by the electrons’ orbits.

Fusion reactions occur because some nuclei are bound together more tightly than others. Helium, for example is bound very tightly. If a hydrogen and a boron nucleus pass within about 10-12 cm of each other, they will be drawn by their nuclear forces tighter to form a carbon nucleus. But that nucleus will have too much energy—will be vibrating too violently to hold together, so three helium nuclei will form from it. Since the three helium nuclei are bound together more tightly than the boron nucleus was, their formation releases energy, just like the coming together of two magnets releases energy. Since the nuclear forces are extremely strong, the energy released is huge.

Since the nuclei always repel each other electrically at long distances, very great velocity is needed to push them close enough for the nuclear attractive force to take hold. That’s why fusion reactions take place only at high temperatures—in other words, when the nuclei have high velocities.

The laws of electromagnetism, discovered over a century ago are fundamental to understanding how plasma and currents behave. Natural phenomena first formulated into mathematical laws by Ampere , Faraday and Maxwell allow us to understand and predict many aspects of the plasma focus device, including the way the current and magnetic field interact to force the current filaments to move along the anode and flow together into the pinch. The basic way currents pinch together, the main mechanism to concentrate energy in the Plasma Focus device was discovered by Ampere.  Watch the the video about Ampere’s law to find out more details. Here is an explanation of Maxwell’s laws. 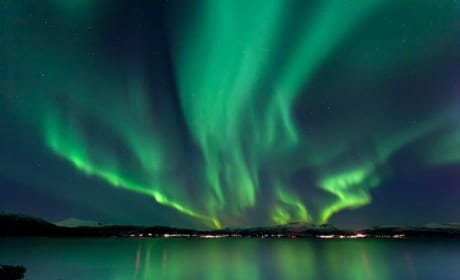 A Century of Electromagnetic  Discovery 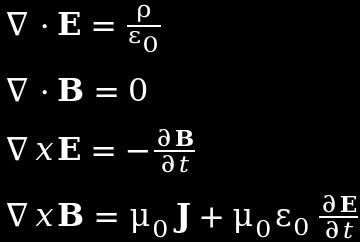 If the strength and direction of the electric and magnetic fields are viewed as velocity vectors, like the wind velocity arrows on a weather map:

A vector is an array of numbers expressing a magnitude and a direction—like the wind speed arrows on a weather map.
The “curl of the field” is a vector pointing along the rotation axis of the field and having the magnitude of the rate of rotation. Sound complicated? Just imagine a swirling mass of water. Drop a plastic ball in at any point—then at any instant, the direction of the axis it is spinning around and its rate of spin defines the “curl” of the velocity field of the water at the ball’s location.

Discovery of the electron: